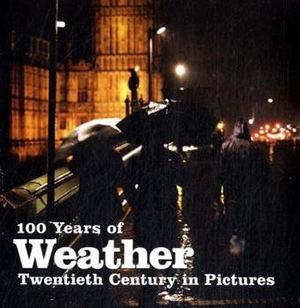 100 Years of the Weather

A visual record of Britains favourite topic of conversation: the twists and turns of the weather. Contains around 300 photographs from PA Photos’ huge archives, spanning the whole of the 20th Century. Hand-picked by PA Photos’ own archivists, most of these images have lain unseen since they were used as news pictures when first taken. Each image has been scanned especially for this book, many from glass plates, ensuring the best possible quality of reproduction. As an island, Britain enjoys volatile weather systems – and accordingly its people have long been obsessed with the subject. Here we see why: extremes such as drought, hurricanes and snowstorms, certainly, but also the astonishing variety of rain that is to be experienced in such a small country. And throughout the century, the British people open their umbrellas, put on their Wellingtons and go about their lives – talking about the weather.