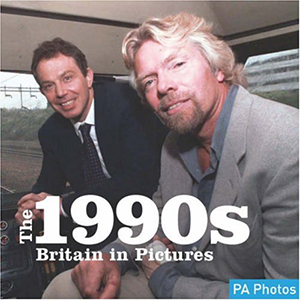 This series of ten books, each devoted to a decade of British life and containing around 300 photographs from PA Photos’ huge archives, spans the whole of the 20th Century. Hand-picked by PA Photos’ own archivists, most of these images have lain unseen since they were used as news pictures when they were first taken. Each image has been scanned especially for these books, many from glass plates, ensuring the best possible quality of reproduction. It is easy, looking back, to imagine a past neatly partitioned into clearly defined periods and dominated by landmarks: wars, political upheaval and economic trends. But the archive tells a different story: alongside the major events that constitute formal history are found the smaller things that had equal – if not greater -significance for ordinary people at the time. And while the photographers were working for that moment’s news rather than posterity, the camera is an undiscriminating eye that records everything in its view: to modern eyes it is often the backgrounds of these pictures, not their intended subjects, which provide the greatest fascination.