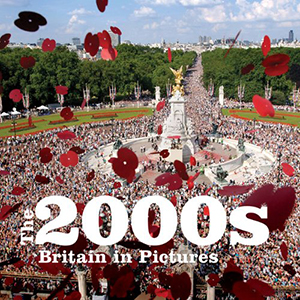 Part of a series giving an insight into major historical events in Britain from 2000 to 2009, plus smaller occurrences that had equal, if not greater, significance for the people of Britain: Amid a climate of flooding, heat wave, gales and global warming, cannabis is downgraded, cigarettes are banned from public places, and knife crime escalates; An Internet and telecommunications boom spawns social media microblogging, reality TV gives ‘fifteen minutes of fame’ to ordinary people, and elected politicians lose the trust of voters during an expenses scandal, which threatens to topple Government; From the onset of foot and mouth in the first year of the new millennium to concerns over swine flu towards the end of the decade; from the anti-capitalist riots of 2000 to the collapse of major banks and the credit crunch in 2008. This book contains around 300 photographs from PA Photos’ huge archives. Hand-picked by PA Photos’ own archivists, many of these images have lain unseen since they were used as news pictures when first taken.