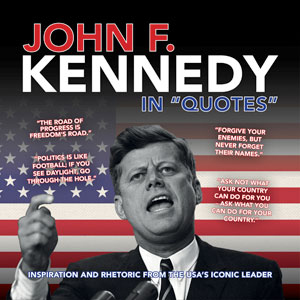 John Fitzgerald “Jack” Kennedy, widely known simply as “JFK”, served as president of the United States 1961 until his death in 1963. To this day, 50 years after his death, many of Kennedy’s speeches are considered iconic, notably his inaugural address, which contained the memorable injunction  “Ask not what your country can do for you  ask what you can do for your country.” Illustrated with over 100 photographs from the vast archives of the Press Association, this book is a celebration of the political rhetoric, wisdom and humour that were spoken and written by one of the most powerful men in the world.