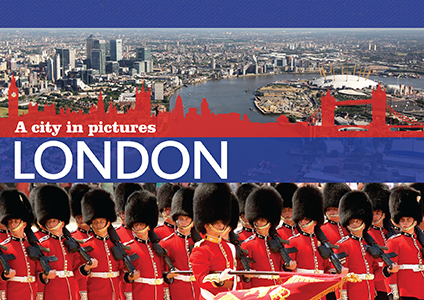 London – A City in Pictures (Postcards)

One of the world’s great cities, Britain’s capital has long been an icon not only for the seven million inhabitants who live and work there, but also for the many visitors who flock to the metropolis from nationwide and abroad. With the majestic River Thames flowing through its heart, London is home to the Royal Family, hub of finance, seat of government, a centre for the arts and host to international sporting events. This selection of 20 postcards, taken from the Ammonite Press book London: A City in Pictures, gives a flavour of the city, its medieval, classical and ultramodern architecture, sumptuous palaces and distinctive bridges, the pomp and pageantry of British tradition and the rich characters of Soho and Chinatown. Each postcard, which includes detailed information about the photograph on the back, can be peeled off and posted, or kept as a memento of the city. All images have been hand-picked from the vast archives of the Press Association.