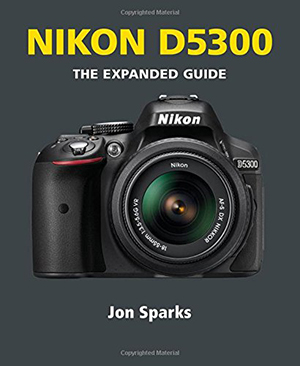 The D5300 is the latest model in Nikon’s advanced “consumer” series, occupying a middle position in the DX-format camera range, between the entry-level D3200 and the “enthusiast” or “semi-pro” D7100. The series stands apart from all other Nikon digital SLRs in having an articulating rear screen for flexibility when shooting in Live View and movies. Nikon has retained its tried and tested F lens-mount (introduced in 1959), making it possible to use many classic Nikon lenses with the D5300, though care is needed and some camera functions (eg autofocus) may be lost. The D5300 may look like a modest upgrade to the D5200, but there are several enhancements. The camera is fractionally smaller and lighter, thanks to the use of carbon-fiber-reinforced thermoplastics for structural elements of the body, while the rear screen is larger than its predecessors. The camera has a 24-megapixel sensor. The pixel count may be the same as the D5200, but there’s a major difference as the D5300 has dispensed with an “anti-aliasing” filter in front of its sensor. The effect of this should be to make images even sharper. Two other significant innovations on the D5300 are the introduction of Wi-Fi and GPS. Like all Nikon SLRs the D5300 is part of a vast system of lenses, accessories, and software.