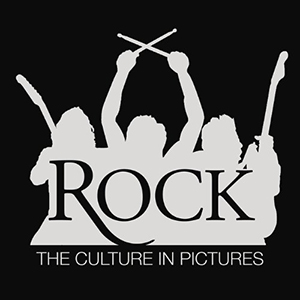 A celebration of rock music over more than half a century. Rock has its roots in 1940s and 1950s rock ‘n’ roll, itself heavily influenced by rhythm & blues and country music, as well as drawing on folk, jazz and classical music. It burst onto the scene in the early 1960s, with early rockers introducing a harder beat and driving rhythm to create a distinctive sound that would endure. This is a visual record of the multi-faceted musical genre, whose exponents were famous for their adoption of long hair, sex, drugs and rock n roll excess. More than 300 images from the Mirrorpix archives illustrate the world of rock, from the boundary defying prog rock and hallucinogenic psychedelic rock; the outrageously camp glam rock to the massive sound of heavy metal and the stripped down three-chord anarchy of punk rock. Images capture the atmosphere of rock gigs and arenas, at festivals and in the recording studio. News pictures expose the notoriously hard living lifestyle of rock stars, while portraits of band members and their families reveal rock’s softer underbelly.